You just have to talk about a book you like for a few minutes, she said. Sounds easy enough, I thought. I'm quite used to public speaking in English, and I like to think I'm reasonably articulate. Sadly, it turns out that this is not the case when I speak Slovak.

I've lived here for nearly twenty years, but I speak mostly English at home and at work, I haven't watched Slovak TV for ten years or more, and I hardly socialise at all. So my Slovak is certainly not what it should be. I'm OK at small talk, at least no worse than I am in English :) I can handle everyday situations without a problem, and I can comfortably talk for ages about teaching and learning. I can even deal with offices (like the Zivnostnesky Urad) and Fire Safety inspections without sweating too much. It's not like I speak entirely correctly - case endings are super annoying - but I get the job done.

But talking at length on a topic I don't often discuss in Slovak? Well, that was a good deal more challenging than I'd expected. I was concentrating so hard that I don't think I looked at Kiwa even once. And despite this effort, I still have a feeling that what I actually said was a rather weak version of what I wanted to say. So I thought I'd write a quick blog to explain myself in English :)

When I was trying to think of a book to talk about, my main problem was that my memory is terribly impressionistic. If you ask me about something I saw or read more than a few months ago, it's likely that the only thing I'll remember is my opinion of it, rather than any of the actual content. Somehow, I didn't think this was going to cut it:

'I really enjoyed One Hundred Years of Solitude by Gabriel Garcia Marquez'.

'What was it about?'

'Errr...Can't really remember. It was really good, though'.

'Right. Have you read any of his other books?'

'I've read Love in the Time of Cholera. Didn't like it much'. 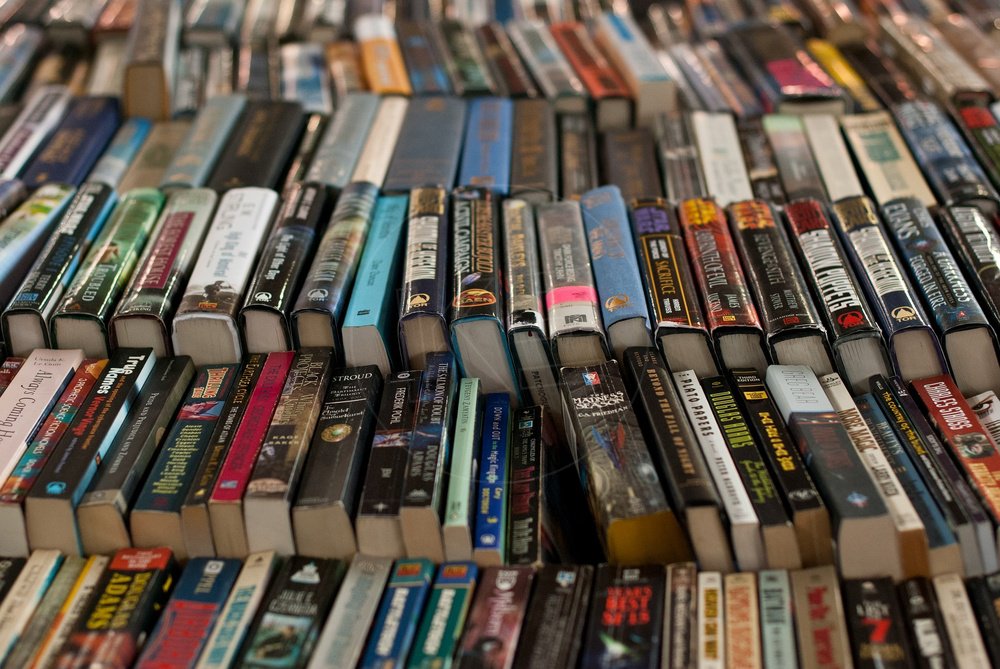 There are a few books which have made more of a mark on me. I read Catch-22 (Joseph Heller) when I was about 17, and again later, and loved it to bits ('Where are the Snowdens of yesteryear?'). The Godfather (Mario Puzo) is another one which lingers ('Brasi took an axe...'). But to do any justice to these gems, I felt like I should reread them, and I didn't have time.  Also, though I knew noone was expecting me to speak as a literary expert, I couldn't shake the feeling that someone else could do a better job than me of expressing how great those books are.

Then I thought maybe I could read something out, instead of just talking about it. I really enjoy reading stuff aloud. Not that it’s any proof of quality, but I'm proud to say I've read to Izzy every night since she was a baby, pretty much without exception (on the rare occasion that I'm out of town, I've left recordings of me reading on mummy's phone). She's 9 now, so after I read a chapter or two, she takes over. And if we forget to tell her to put the book down, she'll just keep going and going, and we'll find her at midnight with the book on her face. Success!

We've read loads of stuff - an encyclopedia of Marvel comics and another one about animals, loads of Usborne books about science and history, all the Percy Jacksons and Harry Potters (obviously), all of Roald Dahl's children's books (twice), most of David Walliams' stuff, the Dr Seuss books (multiple times), the Hobbit, some Philip Pullman (I wasn't keen on that), and Jo Nesbo's 'Doctor Proctor's Fart Powder' series, amongst others. But the one I have enjoyed most of all is a story by Hilaire Belloc, one of his Cautionary Tales for Children, published in 1907. It's called 'Jim: Who ran away from his Nurse, and was eaten by a Lion'.

Izzy got a copy of the version linked above from my brother for her third or fourth birthday. The illustrations, pop-ups and fold-outs in that edition are fantastic, and the story (a parody of the cautionary tales popular in the 19th century) is utterly brilliant, though quite brutal. Izzy used to recite it to us when she was about 4, but hasn't been so keen since she understood what it was actually saying. I love it! I think it's now public domain and you can find the whole text at the link above. 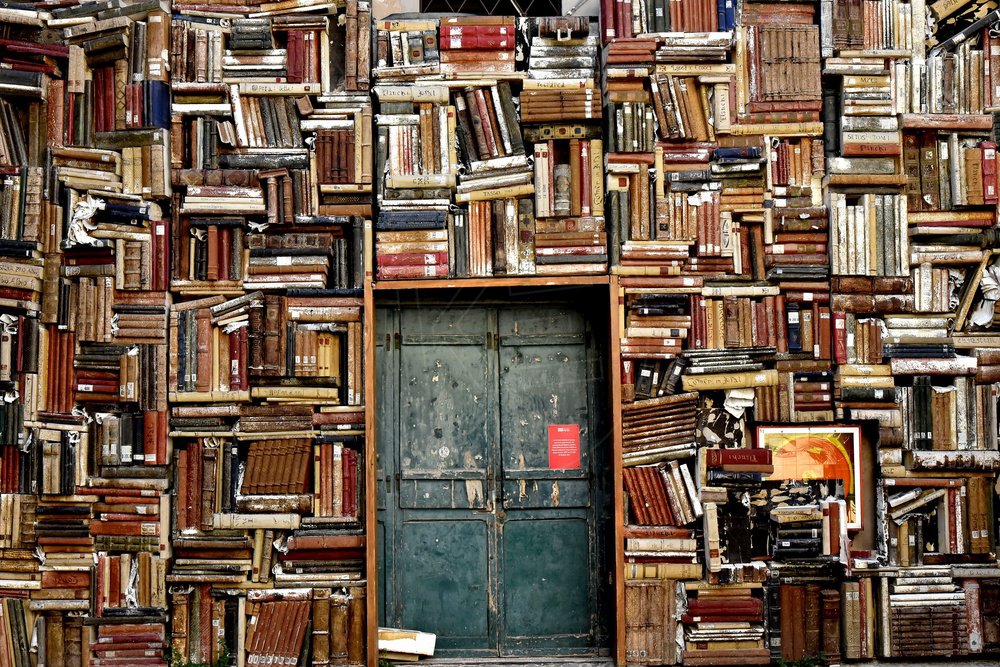 However, my recital was not to be. Kiwa said that's not quite what they were looking for, so, at the last minute, I decided to speak about the slightly broader topic of 'What books mean to me'. In Slovak. And the bumbling results you can hear on Rádio Košice today. But, just in case my Slovak does not quite make sense... Basically, books mean at least three things to me: a way to learn new things, an insight into the way other people view and experience the world, and escapist entertainment.

At heart, I'm a scientist who happens to teach English, and I love learning more about how the world works. Richard Dawkins' The Selfish Gene, for example, deepened my understanding of evolution, and contributed a good deal to how I view the world: 'We are survival machines—robot vehicles blindly programmed to preserve the selfish molecules known as genes’. Approaching the world in this way gives me humility and perspective about my place in the universe (ultimately trivial) and, at the same time, fills me with awe that such incredible complexity and beauty can spring from strings of chemicals in the cells of plants and animals (which in turn sprang from nothing).

Another author who has greatly informed (and influenced) my world view is Steven Pinker: I would particularly recommend The Language Instinct (about how we acquire language), and The Blank Slate (an exploration of human nature grounded in science).

As it turns out, I might be a robot vehicle in more ways than Dawkins suggested - I’m really not the most empathetic person and have a good deal of trouble understanding how other people think. When I play board games, it never ceases to amaze me how people experience the same game differently and are motivated by completely different things - the desire to win, the flavour of the game, the tactile figures, the social aspect… Books offer a window into the minds of others that you seldom get in everyday life - people don’t usually sit down and explain exactly how they see the world - and help me to step outside of my own little head, which has got to be a good thing.

What’s more, the views through those windows can span decades and continents. If you haven’t already, I urge you to read To Kill a Mockingbird, by Harper Lee (1960). It's set during the Great Depression of the 1930s (like John Steinbeck’s also-fantastic Of Mice and Men), and is narrated by Scout, a young girl living in the American South. The book offers brilliant insight into the social and racial inequalities of the time, inequalities which formed the background for the civil rights struggles of the 50s and 60s, and which remain relevant today. It’s a beautiful piece of work, and Scout’s father, Atticus Finch, as well as having the best name ever, is my absolute hero (along with David Attenborough).

At this point, I should confess that, apart from bedtime stories with Izzy, I rarely actually read books anymore (I do read comics, but that’s another story). The last big thing I read was A Song of Ice and Fire by George R.R. Martin (you know, the Game of Thrones thing), but that was a while ago now (still waiting for the ending…). Like many people, I tend to be a bit busy during the day, and every time I open my Kindle in the evening, I fall asleep within a page or two. Sound familiar? Never fear, I have the solution! Although I don’t read books so much, in the past few years, I've listened to at least a book a month in the car on the way to and from work. I love it!

I would still like to actually read more (and I will!), but audiobooks (from Audible for example) are magical - I turn the engine on, the audio starts automatically, and within seconds I am immersed in a brilliant book! Not only do they allow me to keep up with my ‘reading’, but audiobooks also largely eliminate the stresses of driving - as long as I’m not in a hurry, I never mind getting stuck in a traffic jam, as it just means I get to listen to more of a great book. I always choose unabridged versions (I don’t want to feel that I’m missing something) and it’s very important to pick one with a good narrator, as you’re going to be spending 20-30 hours listening to them. Fortunately, there are plenty of those.

I would highly recommend you to try audiobooks if you have any kind of commute (well, maybe not if you’re cycling). But if, like me, you’re driving, you might want to choose something that doesn’t require too much thought. It’s not that audiobooks distract me from driving at all - my attention seems to automatically go where it is needed - but rather that it’s a pain to have to rewind and re-listen to things because you had to focus more on the driving for a bit. Personally, I listen to a lot of fantasy series, and I’ve had some wonderful adventures in the cockpit of my Peugeot 3008.

My first were the Witcher books (Andrzej Sapkowski), then the as-yet-unfinished King Killer Chronicles (Patrick Rothfuss), and, most recently, the fourteen-book high fantasy series, The Wheel of Time (Robert Jordan, completed posthumously by Brandon Sanderson). This last took me over a year of car journeys to finish, but it was so worth it! The scale and detail of the world Jordan created are astounding, and the characters (of which 2782 are named, apparently) are incredibly well-developed. Although a few of its 11000-odd pages might be a little unnecessary (particularly in the middle books), The Wheel of Time is a true epic, and I’m sorry it’s over.

So that’s more or less what I was trying to say on the radio. I hope it makes a little more sense now! I guess there’s at least one important thing I should add. I’m not too hot on emotions, but even I am sometimes moved by the things I read. It doesn’t happen often (I am a flesh robot, after all), so I’m always kind of impressed when it does. The ending of Of Mice and Men made me cry. I feared for the safety of characters in The Wheel of Time, and I smiled at their acts of friendship (probably looked a bit mental in my car). And these words from Patrick Rothfuss always get me:

”The Waystone was his, just as the third silence was his. This was appropriate, as it was the greatest silence of the three, wrapping the others inside itself. It was deep and wide as autumn’s ending. It was heavy as a great river-smooth stone. It was the patient, cut-flower sound of a man who is waiting to die.”