Why did you stay?

JAMES BLORE, 08.08.2017 | 05:41
It was September 1998. I was 24 and had just arrived in Humenné. I was teaching English for the Akadémia Vzdelávania and I spoke hardly a word of Slovak. Everything was new and unfamiliar. Buildings were made of concrete, rather than brick, and people in the street didn’t seem to smile much. Cars definitely didn’t stop at pedestrian crossings, and coke came in hard plastic bottles with refundable deposits. Had I made a mistake in coming here? Hell, no!
When you’ve lived in the same place for a long time, you tend to stop noticing stuff - head down, you follow your routines. Everything is passé; you focus on where you’re going, rather than where you are. You get sucked into your mobile phone. After spending my whole life in the UK, and most of the last six years in Oxford, Humenné was exactly what I needed to wake me up, and shake me out of my bubble of familiarity.
Everything was just a little different than it had been in the UK - the electrical sockets, the pillows, the meat paste, the building materials, the doctors, the classrooms, the top-loading washing machines. The differences were not as great as they would have been in say, Japan, but they were absolutely all around me, and each one demanded attention. Each one required me to look, to see and to think. It was fantastic. I felt more alive than I had for years.
I was living in a two-bedroom (in Slovak, ‘three-room’) flat on one of the upper floors of a block constructed from large prefabricated concrete slabs (a ‘panelak’). From the kitchen window, there was a beautiful view of an onion-domed church and the forest beyond. I was sharing the flat with another teacher, Anna, and I could not have wished for a better flatmate. She'd already been living in Humenné for a year and was super cool and extremely helpful. 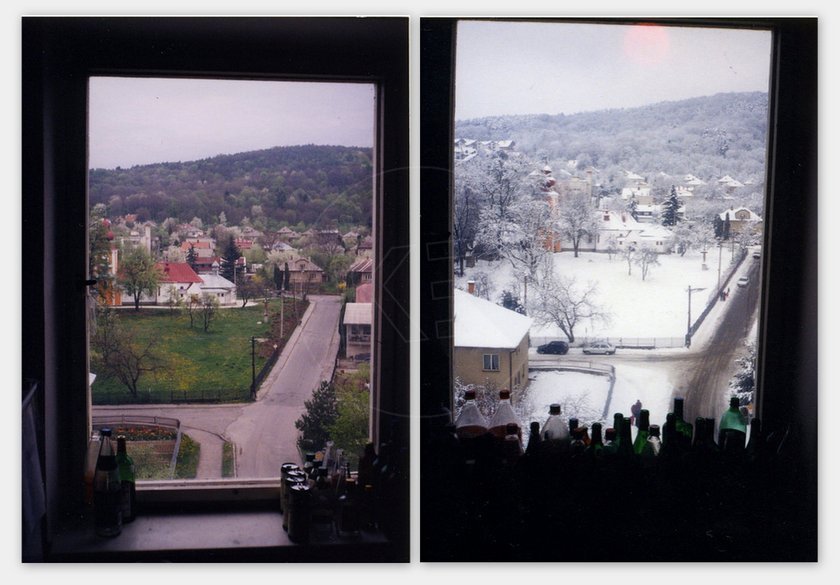 I’d never lived in a flat before, but my memories are generally pretty positive. It was quite hot in the summer, and our neighbour would occasionally sing rising and falling scales - la-la-la-la-la-la-lah - but these are pretty minor problems, as I later learned from Bajty in Košice.

The bathroom was very much in it’s original state (with walls made from some kind of flimsy lacquered plywood), the pillows were absolutely massive, and the draft when the windows were open once led to a pretty shocking smashed-glass incident. But on the whole, it was a decent place to live, and only about 10 minutes walk from work. 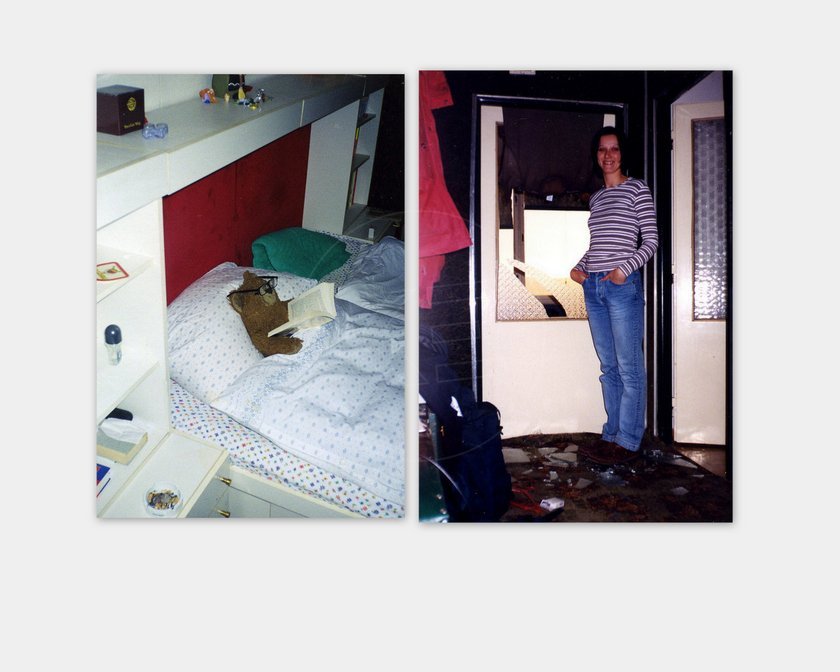 Big pillows and smashed glass / James Blore
My job was to teach English every afternoon, from around 15:00 till 20:00. I had three groups, each of around 18 people, whose ages ranged from 12 to 60. Looking back, the amazing thing was that those people came for 90-minute lessons 5 days a week - pretty much every class I’ve taught since has been twice-weekly, at most. The classroom we used was rented from a local secondary school, and had an awesome blackboard with folding wings (pretty standard in Slovak schools, I think; not so much in the UK). 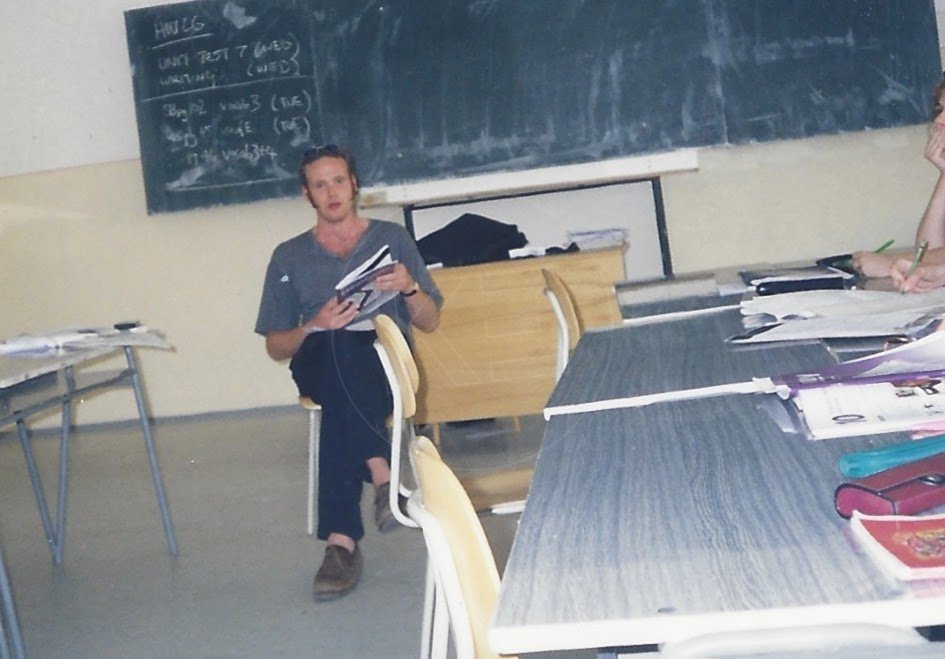 Who’s that handsome young man? / James Blore
Those classes were great - seeing the same people every day built a real family-like atmosphere. I was made to feel incredibly welcome, and must have learnt at least as much from those students as they ever learnt from me. They took me on my first ever hiking trip (to Sninský kameň), we had snowball fights outside school (proper snow!) and spent some lovely evenings in the red-velveted Dukla restaurant. And one of those students, Dagmar, became first my girlfriend and then, some years later, my wife :) 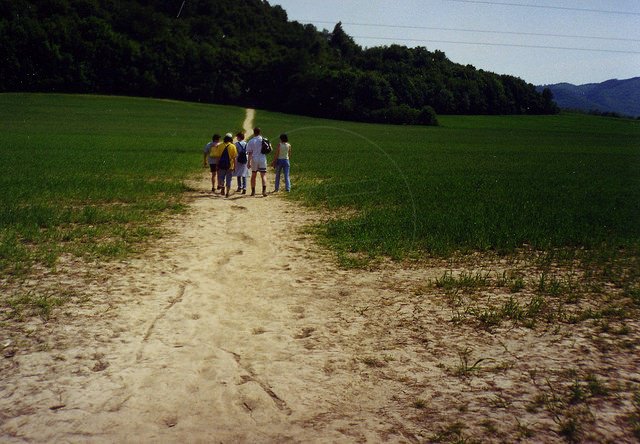 We’re off to see the Wizard! Well, Sninský kameň, in fact / JAMES BLORE
I had no teaching duties at the weekends, and Saturday mornings quickly settled into a very pleasant routine. First, I would do my weekly shopping. In the UK, this had involved a trip to one supermarket where I would be able to buy everything I needed, and many things I didn’t, all with the bare minimum of human interaction. Things were much more interesting in Humenné. There were several ways in which Slovakia felt like it was in a bit of a time warp, often in a good way, and nowhere did this express itself more clearly than in the shops.
In order to get everything I wanted, I would first go to the ‘Red Potraviny’ on the main street (I think it was actually called 'Potraviny Narcis’ - 'Daffodil Grocery’). There I would be greeted in an impressively deep voice by the shopkeeper, who looked liked he’d just stepped out of the 1950s (seriously, just like this. It is upon this man’s pronunciation of ‘Dobry den’ that I model everything I have ever said in Slovak. Next came Coop Jednota, where I bought my salami, moravské mäso and Popradská coffee beans (which I would grind in the machine next to the exit - aaaah, the smell). And finally to Vrchovina for Cappy multi-vitamin juice.

Images courtesy of www.vcielkamaja.co.uk, www.popradske.sk and www.kaloricketabulky.cz / JAMES BLORE
Once I had completed this mission (and with my stumbling Slovak, it certainly was a mission at times), I would head to the town centre flat of Jane, the third and last of Humenne’s teachers. Jane was, in fact, senior teacher and area coordinator, and was the best boss ever. She lived with her partner, Andrej, and the three of us would spend Saturday mornings drinking cocoa and coffee (turecká), and eating bread rolls with moravské mäso and Perkins tartar sauce (delicious, but curiously only eaten with fish in the UK). Andrej and I would play a bit of Tekken 3 on his PS1, and we’d all watch the music show Deka on TV.
As we didn’t have a television in the flat, I didn’t watch much else for a full two years (another good thing), but I did pop round to Jane and Andrej’s some evenings to watch JAG, an American TV series about naval lawyers. This was one of the very few programmes broadcast with both dubbed and original audio channels, meaning we could press a button and watch it in English. I also watched a bit of Slovak TV when I went to visit Dagmar at her parents' house, usually while digesting a delicious meal of chicken and rice :)
The lack of TV pushed us to find other entertainment, and Dagmar and I went to the cinema much more than I ever had in the UK. But, as with many things, it was quite a different experience. For one thing, you could never be sure that you’d get to see the film - if they didn’t have enough people, they would just send you home. And if you did get to see it, the very second the credits started rolling, the lights went on and the ladies were standing there next to the exits with their coats on, giving you very hard stares, which I took to mean ‘I want to go home - leave now’. Still, we saw some good stuff there, including Blair Witch Project and Sixth Sense.
And from time to time, I did actually get out of Humenné. We had monthly Akadémia training sessions in various centres in the region, which was a great opportunity to visit some different towns and catch up with the other teachers. I also went with some of those teachers to the Tatry and Slovensky Raj (awesome), and with some Humenné friends on a memorable trip to Zádielska dolina. Dagmar and I had holidays in the Czech Republic and Domaša, and once went on a day trip to Hyper Tescos in Košice (I remember being overwhelmed by the size of the shop - it was a bit bigger than the Red Potraviny). 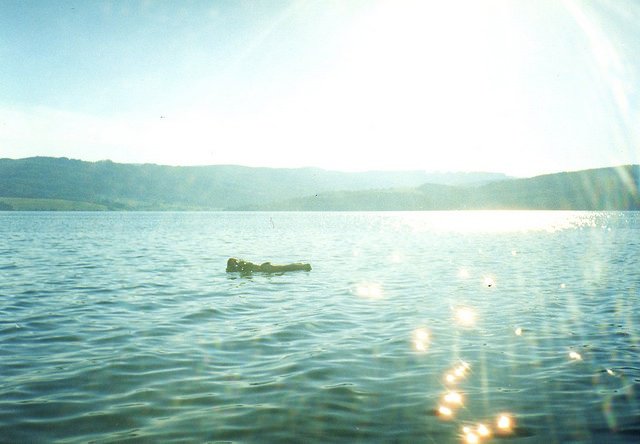 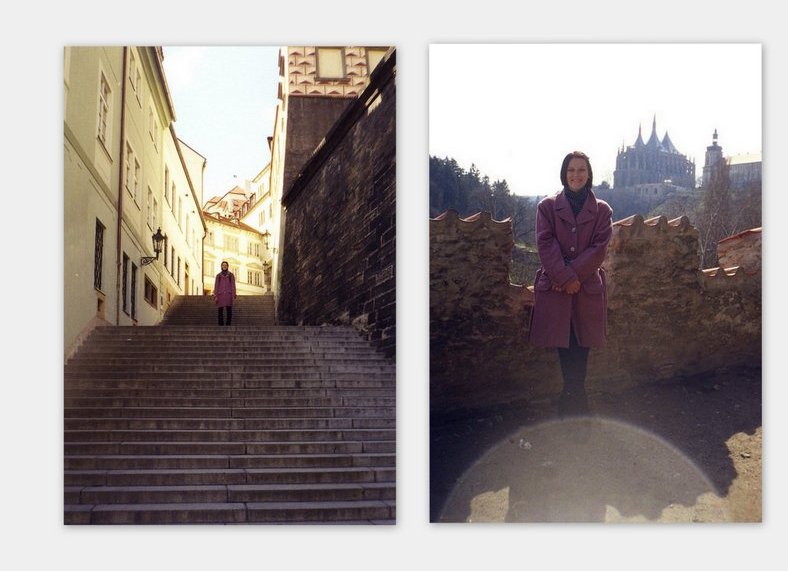 Prague (I think) and Kutná Hora / JAMES BLORE
After two years, the three classes I had been teaching were coming to the end of their studies, and it felt like it was time to move on. I had come to Slovakia with the intention of staying for a year or two and then travelling and teaching all around the world. But I had found peace and happiness in Humenné - I had great students, plenty of mental stimulation, lovely friends and colleagues and a wonderful partner. So, instead of applying for a post in some exotic location, I decided to look for a job which would allow me to stay in Slovakia and allow Dagmar to stay relatively near home.
I went to the internet café (remember those?) and, as luck would have it, the British Council in Košice was at that precise moment looking to expand its teaching operations. It was exactly the job I wanted! I applied, honestly thinking I didn’t have a cat's chance in hell of getting it. They invited me for interview. I remember that it was very hot that day, and the train got a bit stuck in Krásna. I sweated a lot, ran a bit and eventually made it on time to the interview, which seemed to go well. A few days later they called to tell me I’d got the job! The time had come to bid an extremely fond farewell to Humenné - we were moving to Košice!
James 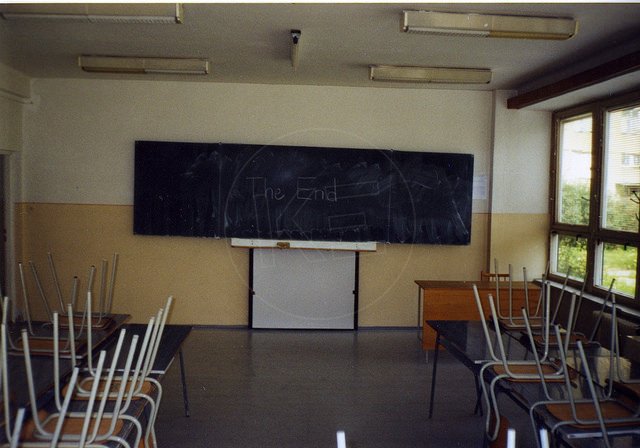 I'm James Blore and I am the Director of Studies at The School of Blore jazyková škola, Košice. I live in a small village with my wife, Dagmar, and daughter, Izabela. I am currently the Central European Dice Masters Champion, and I am also interested in growing, cooking and eating food, building an army of toads, and playing the drums. Find out more www.blore.sk or facebook.com/blore.sk.  If you have any questions, just let me know in the comments - English or Slovak is fine :)